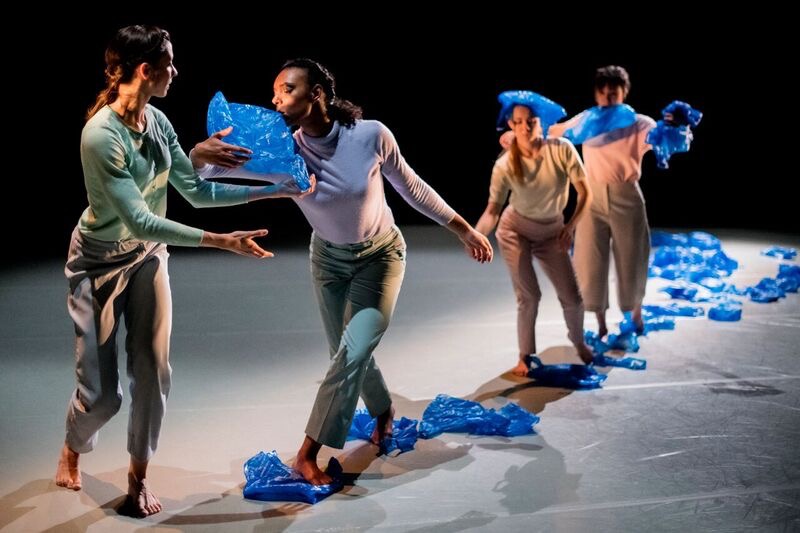 Be Fruitful and Multiply

Be fruitful and multiply was born from a fascination with the late Renaissance early Baroque phenomena of sprezzatura; a social attitude of studied nonchalance. Sprezzatura was all about showing power in the most non-efficient and aimless way. The motion of plastic bags dancing in the wind embodies pure sprezzatura, manifests freedom of movement, laziness and, most importantly, immortality.
The piece focuses on the ambiguous nature of plastic bags; on their elegance and ugliness, as well as their daunting ability to adopt different life forms. It is based on compositions from Baroque paintings, where characters were entwined in a very dynamic way, mostly in catastrophic scenes. It fuses artificiality and exaggerated devotion toward plastic, to reveal the absurdity of our attitude toward the environment.

by Antonii Vivaldi played by Philippe Jaroussky and Ensemble Artaserse

We are not your flowers.
For 3 months we were researching the phenomena of collective blissfulness and beatitude. Then, we started to ask if blissfulness might be used as a way of building resistance?

Rainbow-healing: The unlearning of polish national choreography.
This video is a documentation of my performance-project started in December 2017 in Warsaw. I was sick of nationalist, homophobic, racist and xenophobic propaganda all around me. I decided to create a new positive way to protest against it. Since December I am borrowing clothes from my family and friends in different colours from the rainbow, and then I am dancing in front of the most harmful nationalist institutions in Warsaw run by Law and Justice Party. While dancing I imagine that I heal those energetic black holes. Almost every time I was interrupted by the police, that wanted me to stop the dance. What kind of world is it, where dance is forbidden?

Dancing with Gentrification in Warsaw.
The movement in this video was inspired by the work of bulldozers and dust. I used to observe them while living in one of Warsaw’s gentrified district Praga. During my research, I spoke with lots of tenants that were about to be evicted, and their homes demolished for the purpose of building new homes for rich people. I chose to dance in an old privatised swimming pool located in that district because of its ambivalence. It’s beautiful and attracts artists (like myself), but at the same time their presence contributes to gentrification… and this swimming pool is likely to be demolished too…

Thanks to the London School of Contemporary Dance